Can we taco ’bout it?

Campechano occupies the space formerly known as Sadie’s Diner, its iconic (relatively speaking) blue and red exterior now masked in a few coats of white paint.  The interior is a mish mash of old (restored hardwood flooring, old church pews and school chairs, round doorways) and new (tiled flooring, colourfully painted murals).  Campechano takes it back to basics, which has proven to be a pro and a con in this instance.  I think it’s great that the food isn’t dressed up with too many (if any) non-traditional ingredients, I’m cool with keeping it simple.  What’s not so great to me is the fact that the website has no menu uploaded.  Why have a website then?!  Even if the menu changes from time to time, it doesn’t take that much effort to update that info on the website, does it?  If they have time to keep their Instagram updated then surely they have time for a little website maintenance.  Not complaining, just saying!  The offerings are minimal:  guacamole, ceviche, a selection of tacos and quesadillas, and a (yes, one) dessert.  Andrew and I don’t like to live with food regret (or even worse, food envy), so we figured we’d order one of each taco to share (except the veggie taco), guacamole for munching, and a quesadilla (because cheese is the bee’s knees).  Oh, and horchata to drink because I’m told that if I see horchata on a menu, it must be ordered.

The guacamole was plain, as expected (I’m spoiled, I always make my guacamole with pomegranate arils), but it had a good amount of lime in it so it was tasty enough for me.  I’m not a seasoned horchata taster by any means, but I think theirs was too sweet for anyone over the age of 12.  The tacos followed one by one.  I was hoping for a family of tacos to arrive at our table, with Andrew and I being their (very hungry) guests of honour.  Andrew and I must have looked pretty pathetic, biting and passing a single taco back and forth.  However, I think their staggered arrival can be explained by the fact that the tortillas are pressed to order, which I very much appreciate.  These kind of tortillas are something that you won’t get at most taco joints in Toronto, they were unbelievably fresh and larger and thicker in size (ha).  Their blue corn tacos are heavily advertised on their Instagram, so the fact that we didn’t get any that night was a bit of a bummer.

I’d have to say the best tacos were the chorizo, bistec and the Campechano (which is essentially a combo of the first two), the meats were well-seasoned and the various salsas and sauces were complimentary, none of them were overly spicy.  The flavours were impressively bold, considering the tacos weren’t loaded with the fancy toppings you may see at, let’s say, Grand Electric or La Carnita.  The shrimp taco was a bit of a let down to me, but I say that in comparison to my favourite cheese and shrimp taco in Toronto c/o Seven Lives.  The chicken taco wasn’t bad at all, I’m just not a huge fan of chicken tacos.  I really liked the hongos quesadilla, the Oaxaca cheese was melted to gooey perfection.  We didn’t inquire about their single dessert, we already felt like oinkers for ordering over half of the menu, but I think we’ll be back once another taco craving hits! 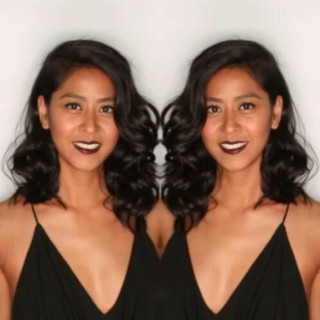 I'm a food nerd. I maintain an extensive list (and map) of restaurants I want to try. I'm the annoying friend who needs to take a picture of her food before she eats it. People seem to think I'm a food blogger, so this is my attempt to create truth from speculation.

Would I go back for seconds?